The University of Wolverhampton Racing Team (UWR) has secured a sponsorship boost of £200,000 from local business, Highclear Investments, allowing the student-led race team to compete in a brand-new motor racing Championship this season.

After a successful year of racing in 2021 that saw UWR crowned Formula 3 Cup Class champions, the team will now be competing in the 2022 Praga Cup following a substantial investment in a new Praga car and branded infrastructure from a Midlands-based firm, led by local businessman and philanthropic entrepreneur, Walter Gleeson.

Walter, who co-founded musicMagpie with Steve Oliver in 2007, set-up Highclear Investments in mid-2021 with his wife, Alexa Gleeson, as a private commercial vehicle to invest in business opportunities within the Midlands & Shropshire regions and across the UK as well as to support various philanthropic causes for which they both share a deep passion. 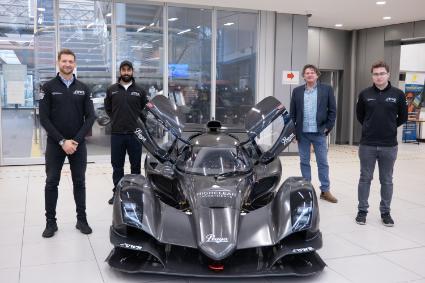 The sponsorship boost provided by Highclear will mean that the team will now compete in the maiden Praga Cup competition, a single-make racing series that will be part of the UK’s prestigious Britcar racing package. You can read more on this and the accompanying video below:

This website uses cookies to improve your experience while you navigate through the website. Out of these, the cookies that are categorized as necessary are stored on your browser as they are essential for the working of basic functionalities of the website. We also use third-party cookies that help us analyze and understand how you use this website. These cookies will be stored in your browser only with your consent. You also have the option to opt-out of these cookies. But opting out of some of these cookies may affect your browsing experience.
Necessary Always Enabled
Necessary cookies are absolutely essential for the website to function properly. This category only includes cookies that ensures basic functionalities and security features of the website. These cookies do not store any personal information.
Non-necessary
Any cookies that may not be particularly necessary for the website to function and is used specifically to collect user personal data via analytics, ads, other embedded contents are termed as non-necessary cookies. It is mandatory to procure user consent prior to running these cookies on your website.
SAVE & ACCEPT